The recent expansion of SportWest’s staff has seen Matt Bamford shift his focus to engaging with Members and building partnerships.

After joining SportWest in 2016 as the Operations Manager, Bamford has moved into the new role of Member and Partnerships Manager as of July 2021 to ensure SportWest has its finger on the pulse of the sports industry.

Bamford said the changes made to the SportWest team this year had been rapid and exciting.

“The changes enable me to have a greater focus on our Members and our partnerships that can hopefully deliver other streams of revenue to support our objectives going forward but also linking our Members to services that can help them.

“I would like to think that we will be able to provide more direct support and service to meet the needs of Members. A more direct understanding of what those needs are and then being able to link them through the partnerships to different services and supports that can provide sports the best opportunity to deliver to the best of their ability.”

Bamford’s sport journey started back in high school when he decided that he wanted to be involved in sport.

“I’ve always had a passion for sport and when I was at school, I didn’t really know what I wanted to do. I made a decision before I eventually left school that on the field or off the field I wanted to be around in sport. So it was a pretty clear decision about what I wanted to do and then the degree I ended up doing in Canberra studying sports administration.

“I have been ambitious about surrounding myself in sport since I was at school and so far, the plan has worked.”

“I have to admit that I applied with no intention of moving to WA,” Bamford said.

“I didn’t know anybody in the west, I’d never been to the west and applied just with a view to practice applying before I found the job I was really going to do. Then going through an interview process before I really found what I wanted to be doing and then I was offered that job.

“I decided I would have no regrets or what ifs and made that move at the beginning of 1998.

“I spent eight years as a development officer so it was a great opportunity to meet lots of different people from right across WA, from Kununurra in the north to Esperance and Albany in the south and everywhere in between.”

Bamford moved through the ranks at WA Touch Football before eventually spending six years as part of the national organisation’s senior management team managing the game in six states.

He said he has a strong belief that sport is about people.

“From my time in sport, there has been some fantastic people that I have meet over some decades that I’m still in close contact with today. There are families and individuals who know who they are that I have had a long-standing relationship with not only within sport but beyond the sport itself.

“Sport is a way of bringing people together.”

Recently, SportWest announced some new projects which Bamford will take a lead role on engaging with Members to deliver.

“SportWest has a couple of key roles and one of those is building a sense of industry which I’m sure with the new structure we will be able to build more strongly on. Second to that, is really putting some rigour on how sport is valued in the community,” he said.

“Some measurements around that to support our advocacy position and the value that all of our Members provide to their respective communities and broader communities around WA. That is going to include social return on investment and what that means is the value of investment in sport and what is the dollar return in terms of economic return and social capital, the overall contribution to community values.”

Bamford said he was also excited to engage with Members to use the technology supplied by Community Data Provider ActiveXchange.

“The ActiveXchange project will be interesting. The opportunity to overlay different pieces of data to understand current and future growth opportunities in different sports in different segments of the community could be a game changer.

“There will be an initial intake of 10 sports in that but also a great opportunity for not only for those 10 but for other sports to buy in to that scheme and really look at where they can take their own sports going forward.”

If you want to know more about how SportWest can assist you and your Members, or you want more information about one of the new projects, please contact Matt Bamford via email. 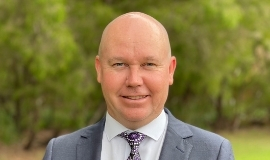