Combining work and sport – what could be better?

It has been a few months since I first got my feet under the desk at SportWest and I have to say to have the opportunity to combine my work with my passion for sport is a dream come true.

After eight years working for the WA Police Union, I needed a change of scenery and when sport was that change, I could not be more excited.

Ever since I can remember, sport has played a defining role in my life.

I can remember driving down south with Dad listening to Shane Warne’s hattrick on the radio and then getting out at the other end and spending hours trying to bowl leg spin.

I got to travel to the UK to play cricket and work as a curator during an Ashes year – we lost but it was still great fun, full of lifelong memories.

My first job in the media at the Manjimup-Bridgetown Times saw me manage the sports section of the newspaper and cover two games of footy every weekend and report on any sport in the local community – I was in my element.

Whether it be AFL, cricket, golf, tennis, basketball or tee ball, I consumed sport like a teenager at a buffet.

While I have focused my attentions on football, cricket and golf, I will watch any kind of sport just as long as there is an Australian aspect to it. I channelled Ferris Bueller to take the odd sick day at school to settle in for day one of a test match or the Friday of a Davis Cup tie.

So you get the picture that I love sport!

Community sport has played the biggest role in my life.

I have met some of my best mates and created great memories which we continually reflect on even though they are now getting more than 10 years old.

My mates still take the mickey out of my A Grade 99 after I was recalled from the wilderness. I doubt they would have remembered it so vividly had I just belted the aging leg spinner, who had also kept wickets for the first 60 overs, for six instead of trying to safely push a single onto the leg side only to get a leading edge to midwicket. I can see the humour in it now…

I started as secretary of the Doubleview Carine Cricket Club back in 2006 and held that role until I eventually became the Club’s President.

I completed a few terms as President and honestly, it was hard work. It is time consuming; it is stressful and sometimes you wonder why you keep doing it?

The answer why you keep doing it, is for the great moments, the defining moments, the successful moments that make it worthwhile.

To see a young kid that first walked through the doors who could barely get a game in our bottom team, work his way up to A Grade always put a smile on your face.

Or it might be the number 11 batter come back to the club for a beer smiling like a Cheshire cat after hitting his first ever six and regaling all that would listen just how far he hit it. These are the moments you remember, enjoy and make you smile.

There was also a sense that the club had given me so much, that I felt indebted to it and that I needed to give back. Even now, I still feel indebted to the club and I am not sure that will ever dissipate.

Working as a club president did reduce my enjoyment of cricket. Cricket is already a long game and when you throw in there getting down early to take the covers off and rolling the wicket, or having to deal with some clown that has broken into your shed and stolen all the club’s gear, or a contractor who thought it would be a clever idea to core the outfield and the turf wicket, it becomes longer than a marathon.

From my experience, there is too much expected of volunteers and often people forget that club presidents and committee people have full time jobs, families and other commitments.

When interviewing for this job, I read the Strategic Priorities for Sport document and one priority stood out to me:

Priority 2: All bodies involved in developing policies and procedures for sport, must ensure they are designed with the requirements of and impact on volunteer coaches, officials and administrators in focus.

I imagined if we did cut the red tape and let our volunteers focus on the core business of providing the opportunity for people to play sport and also, most importantly, let them enjoy playing their sport as well. It would make life so much easier.

I am passionate about this topic because I do not want to see good, hard-working volunteers disappear out of any sport. It is near on impossible to fill committee positions at times, the last thing we need is to lose the ones who have been prepared to do those hard yards.

I do not want to see these people, who are the heartbeat and frontline of community sport, give away the games and past times they love because of the burdens placed on them.

If we can make life easier for volunteers in sport, then I reckon that is a cause worth fighting for. 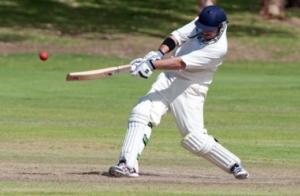