Following on from the development of the Mental Health and Wellbeing Community Framework, SportWest will develop an industry response to the areas identified to benefit community sport.

In an industry first, a partnership approach between key stakeholders has resulted in the finalisation of a Framework to help guide a future response to mental health and wellbeing in community sport.

The response to these key areas will build on providing support and services against the following three pillars:

1. Club culture and environment
a. Building a supportive club environment based on culture and values
b. Providing access to a base level of mental health and wellbeing literacy and awareness
c. Provide access to toolkits and information
2. Community Connections and Support
a. Assisting in improving connections and partnerships with mental health services and support providers
b. Providing access to listings to service providers
c. Providing access to education and resources
3. Crisis Response
a. Improved support to Clubs and State Sporting Associations during times of crisis
b. Facilitated partnerships with service providers
c. Established response processes, tools and resources
d. Simple to access and well communicated

“The benefits of physical activity to mental health are well documented, but what is becoming clearer is the role that sporting clubs around the State play when it comes to mental health and the impact those clubs can have on an individual, particular during times of difficulty,” Mr Fulton said.

“Quite simply, the human impact, and cost, of not responding to these identified opportunities is one that motivates us to make improvements.”

Mr Fulton said the next steps would need funding to ensure sporting clubs, who are largely run by volunteers, can support their members.

“It is vitally important that we do not add more burden to hard working volunteers at grassroots level but we need to strike a balance and provide the support they need in the mental health and wellbeing space,” he said.

“If government or big business want to invest in mental health initiatives, community sport is the perfect avenue,” he said.

“You only have to look at the emergence of a variety of mental health programs and initiatives which have been developed to be implemented in community sporting settings to see the potential role that community sport can play in mental health and wellbeing promotion and prevention.” 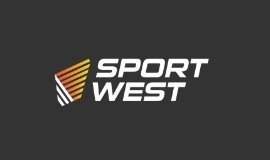