It would have been easy to think that off the back of a pandemic and an independent review after the release of the ‘Athlete A’ documentary that gymnastics numbers in 2021 would have declined – well you’d be wrong.

Gymnastics WA Executive Director Emily Randall said gymnastics in WA was thriving and membership numbers had eclipsed what they thought was realistic.

“We’ve had a major crisis this year with the Australian Human Rights Commission review into gymnastics which came out in May and we envisaged that that would potentially hurt the sport,” she said.

“Our competitions have 30 per cent more children in them then we can potentially handle but we have had to just make do and cater for everyone as best as we can this year.”

Along with the spike in membership numbers, Gymnastics WA has also been going through a governance review to ensure the organisation is ready to grow for its members in the years to come. Emily said the review was necessary to modernise the organisation.

“We are really trying to modernise the organisation and making sure that the foundations that we put in place now will fair us really well for growth into 2025 and 2030.

“So for me, it is setting up both platforms for that future growth.”

Prior to being appointed at Gymnastics WA, Emily worked at Swimming WA.

“Swimming WA was an industry change for me. Prior to that I had built my own business up over five years in catering and retail hospitality and then sold that business at the beginning of 2019. I found a lot of my skills were transferable and got the job at swimming,” she said.

While only working in the sport industry for the past few years, Emily has always taken part in organised sport.

As a teenager and into her early 20s she played state and national level water polo and even tried combined elite water polo with national and international sprint kayaking.

More recently, she has taken to endurance sports, completing several full ironmans, “too many half ironmans to count” as well as marathons and swims to Rottnest.

Now her focus is firmly on the challenges facing gymnastics in WA.

“The challenge facing gymnastics on an individual level is the growth of female sport in the traditional sports, which personally I think is fantastic for girls but if you just look at gymnastics that’s the biggest challenge,” she said.

“If you look at your six to eight to 10-year-olds, the children that may have traditionally gone down a gymnastics route may potentially be given the option to go to elsewhere and that could really affect that entry level point for gymnastics.

The statewide skills shortage, particularly in the casual sector was another key challenge facing Emily, her team at Gymnastics WA and all clubs.

“We can’t get enough casual coaches so what we have found is a lot of the clubs in Perth are full and at capacity but not at their venue capacity because they don’t have enough coaches to actually take on more kids and bring kids off waiting lists,” she said.

“It is not an individual issue with the industry, the casual workforce is dire everywhere, nobody can get casuals, hospitality can’t get casuals.

“I think we need to do better at retaining senior athletes so we need to self-generate our own coaches. We need to look at those 15-year-olds right through to 25-year-olds to see if they are still in the sport and work out how we keep them involved in their sport.”

“I think we have poor foundations for attracting really talented people and then retaining them properly so they come in and they work with one sport for a few years, they maybe can’t find another opportunity and we lose them to the industry,” she said.

“Whereas I think we need to be looking at how do we build the talent that we’ve got so we make sure all of our managers become senior managers and our coordinators become managers and have that flow on effect.

“We need things like personal development, opportunities with other sports but we lose a lot of really good talent in the sporting industry.”

Emily said SportWest’s goal to strengthen a sense of industry fitted in with the need to attract and retain talent.

“We work in silos a little bit so I think that building that sense of industry is great for sharing talent and making sure that we can keep talented people involved at different levels.” 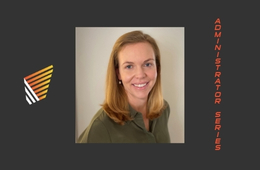