The Kookaburras will take on Belgium in the gold medal match of the men’s hockey after defeating Germany 3-1.

The teams were all square at the first break of the semi-final before a goal just before half time gave Australia the lead going into the main break.

A third goal in the 59th minutes sealed the win and a spot in the gold medal match.

WA’s Aran Zalewski played his 200th match for the Kookaburras in the semi-final.

Their opponents in the final, Belgium, finished on top of pool B and defeated India 5-2 in the other semi-final.

The Opals left their bid to qualify for the women’s basketball quarter finals right down to the wire.

Needing to defeat Puerto Rico by 25 points or more in the last pool game, the Opals were up by one point at half time.

They made their move in the third quarter, outscoring the Puerto Ricans 23-8, before edging their way to pass the magical 25-point barrier during a tense final quarter. Eventually going 27 points up with 28 seconds left on the clock.

They will now face the USA on Wednesday night in the quarter finals.

The Boomers will also face the USA in the semi-finals of the men’s basketball after a dominant 97-59 win over Argentina on Tuesday night.

After a slow start, the Boomers stepped up a gear in the second quarter and controlled the match from that point.

The Matildas went down to Sweden 1-0 in the semi-final of the women’s football.

Sweden scored just after the break and were able to hold the Matildas out to progress to the final against Canada who defeated the USA 1-0.

The Matildas were denied a first half goal from WA’s Sam Kerr when it was ruled that midfielder Emily van Egmond had blocked the run of Swedish defenders further down the line.

The Australians will now face the Americans in the bronze medal match on Thursday.

The Hockeyroos Olympic campaign ended in heart-breaking circumstances, going down 1-0 to India in their quarter final.

India scored a goal from a penalty corner in the second quarter and held onto that slender lead for the remainder of the match.

The Stingers medal aspirations have ended in the women’s water polo after losing to the Russian Olympic Committee side 9-8.

The Australians trailed all night and closed the margin to one with 16 seconds remaining in the match.

WA’s Zoe Arancini scored one goal for the Stingers taking her tally to seven for the games.

At the athletics, West Australian Kurtis Marschall finished in last position in the men’s pole vault final after failing to register a clearance.

Both athletes were forced into jumping during heavy rain as officials would not stop the event.

Jaime Roberts and partner Jo Brigden-Jones made it to the semi-final of the women’s kayak double but did not progress to the final.

She will team up with Brigden-Jones, Catherine McArthur and fellow West Australian Shannon Reynolds in the women’s kayak four on Friday. 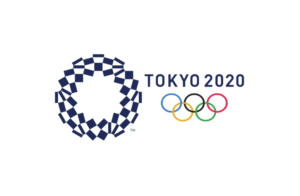