De Rozario capped off a remarkable 12 months by winning WA’s premier sports award to go with her two gold medals and bronze medal at the Tokyo Games as well as becoming the first Australian woman to win the New York marathon.

The winners of the other eight categories at the SportWest Awards, held in front of representatives from the WA sport industry under lights on the playing surface of Optus Stadium, were:

WA Sports Star
Entering her fourth Paralympics in Tokyo, Madison de Rozario took the lead just after 400m mark to pull clear to finish almost a second clear of China’s Hongzhuan Zhou to win her first gold medal in the women’s 800m T53 final, in a Paralympic record time of one minute 45.99 seconds.

Her second gold came in the marathon T54, again in a Paralympic record time, where she held off Switzerland’s Manuela Schaer to win by one second, in a time of one hour 38 minutes 11 seconds. She made her move on the lead nearing the finish at the stadium and then held off the challenge from Schaer in one of the most exciting finishes of the games.

In November, de Rozario has capped the best year of her career in spectacular style, becoming the first Australian woman, either in wheelchair or open events, to win the New York marathon.

rebel Junior Sports Star
Teague Wyllie has been dubbed one of the most promising junior cricketers in Western Australia due to his ability to bat for lengthy periods and showing no signs of feeling pressure.

He made a sensational debut for the WA Second XI in October, making 79 in his debut innings and 112 as the mainstay of the WA’s second innings.

Wyllie’s run marking in the 2020-21 Premier Cricket season led to the media describing him as a “run machine” after the opener finished the season with 627 Premier Cricket runs, averaging 44.80.

Erin Classen is one of the brightest squash prospects WA has seen in more than 30 years since Robyn Lambourne.

Erin has established herself as Australia’s number one under 19 player and this year she has also become the leading lady in open competition in WA.

Channel 7 Perth Team of the Year
The Perth Scorchers WBBL secured their maiden title when they defeated the Adelaide Strikers by 12 runs at Optus Stadium, in front of 15,511 fans.

Before the 2021-22 season, Perth had qualified for five of six WBBL finals series, but never finished first on the ladder or won the final.

KPMG Coach of the Year
PGA professional Ritchie Smith possesses one of the best stables of young professional golfers worldwide.

Minjee Lee and Green both represented Australia at the Olympic Games in Japan, and Minjee Lee won her first world major golf tournament. While Min Woo Lee won the Scottish Open and improved his world ranking to now sit just outside the world’s top 50.

Official of the Year
Hockey Umpire Peter Wright travelled to the Tokyo Olympics this year and umpired five pool matches and retired after the Games having officiated in 139 international matches over a 17-year career.

Wright’s officiating on the field stacks up with the best in the world. He has umpired on the world’s biggest stage on multiple occasions including the Tokyo Olympics, Commonwealth Games in New Delhi and Glasgow, the World Cup in Bhubaneshwar and umpiring in the World League Semi Finals in Johannesburg.

DLGSC Sports Administrator of the Year
Christina Matthews is a well-respected voice within the Australian cricket and West Australian sporting community.

Throughout the 2020-21 season, Matthews, WA Cricket staff and WA Cricket Foundation partners delivered nine diversity and inclusion programs across the State, helping to create equal opportunity for every West Australian to benefit from involvement in cricket.

Internally, Christina’s compassion and understanding has driven a supportive culture and work environment within WA Cricket, with a focus on wellbeing and encouraging staff to reach their potential both personally and professionally.

Service to Sport – May Campbell Medal
Robert Schickert has been a stalwart of Athletics in WA and has more than 40 years’ experience as a competitor, administrator and official in local, regional and world competition including winning 11 Gold, 18 Silver and 23 Bronze Australian Masters Athletics Championships medals.

Alida Scott has been a leader within the WA Gymnastics community for almost 60 years after starting in Gymnastics in 1964. Her career has seen her represent her country as an athlete, become an expert across multiple gym sports as a coach, officiate as a valued member of the judging community and influence the next generation of coaches as a leading presenter of education courses.

Volleyball WA’s first ever Life Member John Sewell has provided an outstanding 45 years of volunteering service to volleyball after he first started playing in 1962 and serving as President of Volleyball WA from 1975 to 1977. He has also been heavily involved in coaching since 200 and was a founding member of the Northern Stars Volleyball Club, taking on the role of President at the club from 2009 to 2013.

RevolutioniseSPORT Community Club of the Year – John Gilmour Medal
The Northampton Football Club has gone above and beyond in supporting the local community following Cyclone Seroja.

It has always been a football club that prided itself on its community connection, and this was clearly evident during the past 11 months. The club is creating safe, welcoming environments for all participants within the local district, and has helped a community rebuild and reset following the devastation earlier this year including raising in excess of $240,000 to support the redevelopment of the town.

Healthway Healthy Club Award
Over the past 12 months, the Perth Broncos American Football Club have developed new initiatives and expanded existing programs to contribute to the health and wellbeing of its members and the wider community.

The Broncos held its first online roundtable for LGBTQIA+ members to learn how to improve engagement and develop an inclusion framework and partnered with the West Coast Wolverines to meet with the Australian Gridiron Officials Association to discuss the participation of trans and gender diverse players and the role of officials in making gridiron more inclusive which was followed by the third annual Pride Match.

The Broncos are also the first club to achieve a Fuel to Go & Play Level 3 Accreditation. 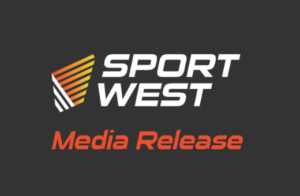