The team of Rowan Crothers, William Martin, Matthew Levy and Popham lead from start to finish to secure gold in world record time.

The two gold medals from the Paralympic debutant was a superb result and he also made the final of the men’s 400m freestyle S8, finishing eighth.

WA’s other gold medallist Madison de Rozario added to her gold in the women’s 800m T54 by claiming bronze in the 1500m T54.

De Rozario and the other finalists battled slippery conditions as rain pounded the track as de Rozario made her move after the final bend storming home to win bronze.

She will depart the track and prepare for the T54 marathon which will be held on the final day of the Games on Sunday.

At the wheelchair basketball, the Australian men’s side lost its quarter final clash with host nation Japan 61-55.

Japan opened up a lead either side of half time to control the match as the Rollers won the final quarter.

The West Australian trio of Jannik Blair (six), Shaun Norris (five) and Kim Robins (two) were all among the point scorers.

In their final pool match on Monday, the Rollers went down to Great Britain by a solidarity point 70-69 to finish third in their pool. Norris scored 21 points and Blair two.

The Rollers will now face Turkey on Saturday in the playoff for fifth and sixth.

The Gliders completed their Tokyo campaign defeating Algeria 71-32 in the ninth/10th playoff.

Cotie finished second in his pool and narrowly missed out on qualifying for the quarter finals. They will now turn their attention to the pairs competition. 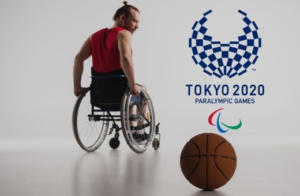