The Healthway Healthy Club Award aligns with Healthway’s commitment to improving the health of all West Australians.

The Award recognises a sporting club who is leading the way in delivering initiatives to improve the health of its members and the broader community.

The Margaret River Hawks Cricket Club established a link to the town’s newly established HeadSpace venue which delivers support to young people to reduce the impact of depression, anxiety, stress, alcohol and drug use, and to improve relationship issues associated with sexuality, sexual health, families and bullying.

The club also reviewed its food offerings and introduced healthier canteen options including chicken salad wraps, salad bowls and fruit bowls, and water instead of soft drink in meal deals, abolishing items such as deep-fried chicken, chips and chocolates.

Over the past 12 months, the Perth Broncos have developed new initiatives and expanded existing programs to contribute to the health and wellbeing of its members and the wider community.

The Broncos held its first online roundtable for LGBTQIA+ members to learn how to improve engagement and develop an inclusion framework and partnered with the West Coast Wolverines to meet with the Australian Gridiron Officials Association to discuss the participation of trans and gender diverse players and the role of officials in making gridiron more inclusive which was followed by the third annual Pride Match.

The Broncos are also the first club to achieve a Fuel to Go & Play Level 3 Accreditation.

The Association has also completed its Pledge Policy and continues to work with the WA Schools Canteen Association on the Green, Amber and Red food categories received a Woolworths grant which allowed them to give away fresh fruit, kebabs and wraps to participants.

The Healthway Healthy Club will be announced at the SportWest Awards on 24 February at Optus Stadium. Tickets for the Awards are $95 per person and include substantial finger food and drinks. 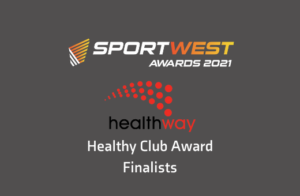