SportWest welcomes Ramage to Board

SportWest Chair Michael Beros said Ms Ramage’s experience in government would be highly beneficial to SportWest and its Members.

“Ms Ramage previously worked as the chief of staff for the Minister for Sport and Recreation in the McGowan Government, so her knowledge of the inner-workings of the current government will provide us with great insight as we continue to advocate for sport in this State,” Mr Beros said.

“The election of Ms Ramage and re-election of Mr Clement ensures we continue to have a Board with a diverse range of backgrounds, experiences, views and skills to best represent our Members.”

Prior to her role in the McGowan Government, Ramage held the role of senior policy officer for the Leader of the Opposition. In her current role at WA Cricket, she develops and coordinates public policy and government relations activity, coordinates the leadership team activities and leads strategic partnerships.

Mr Clement, the current CEO of Basketball WA, has extensive experience at senior executive level within the sporting industry and at the State and Federal levels of government. He has also held executive positions with the WA Football Commission, Port Adelaide Football Club, Fremantle Sailing Club, Department of Sport & Recreation and the Australian Sports Commission/AIS.

Mr Beros thanked retiring Board Member Christina Matthews for her service to SportWest.

“Christina is a highly respected member of the West Australian sporting community and her input into SportWest during the past six years has been invaluable,” Mr Beros said.

“While we are sad to see her go, we know that she will always advocate for all sports and continue to play a major role in shaping sport in this State in her role as CEO of WA Cricket.” 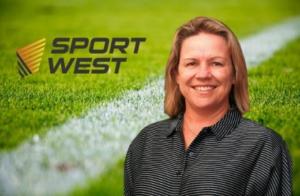