She has a strong connection to sport having played a range of sports as a child and also working at the WA Institute of Sport.

“I have worked as a sport administrator for many years, initially at the WA Institute of Sport working with the passionate Wally Foreman, and more recently for three years at Netball WA,” Fran said.

“I grew up playing many sports, including tennis at the Scarborough Tennis Club under coach Rob Kilderry, netball at Matthews Centre and basketball at Perry Lakes – until they demolished the building and I thought it was probably time to retire from basketball.”

“As a person who grew up in WA playing lots of sport, I believe there are many benefits. The sense of belonging to a team or club provides a benefit to both your physical and mental wellbeing.

“Playing sport and training for sport keeps you fit and active. Developing friendships, particularly with those who play sport and have similar interests, is also important and I have many lifelong friends who are people I played sport with as a child.”

In addition to her work in sport, Fran has also worked in fashion and for some of WA’s high-profile businesses.

“My first job was working for a fashion agency, arranging fashion previews across WA, SA and the NT. It was every girl’s dream to work in fashion and I was lucky to have a job that combined both fashion and travel,” she said.

“I have been fortunate to work for some of WA’s great companies, including Multiplex, West Australian Newspapers, Wilson Parking and the RAC.

“This gave me a great opportunity to work in both the corporate world and to also work for membership organisations, such as the RAC, which are not that different from sport because people are passionate about working for the benefit of members.”

Fran also worked in London for National Car Parks, one of the UK’s top 10 privately owned companies under the leadership of Sir Donald Gosling.

“It was an interesting role working for ‘Sir Donald’, it was a great experience because it was very different to working in Australia. Everything was so formal, including the tea lady with her tea trolley and being provided with a hot lunch each day.”

She said the opportunity to work with all sport combined with her love of sport was a key factor in wanting to work at SportWest.

“Working at WAIS gave me a great exposure to a number of sports at the elite level but I felt that working at SportWest would give me an opportunity to work with community sport, as well as elite sport.

“It is an awesome industry to be a part of, and I don’t believe there are many industries where people are so passionate about what they do.

“Community sport is so inspiring when you see the hundreds and hundreds of volunteers giving up their time so that the whole community can benefit from the sports being provided by sporting clubs right across the whole of WA.”

Fran said she believes community sport helps bring people together and it is a great opportunity for families to share their experiences.

“Club administrators and volunteers are often parents who get a great opportunity to share time with their kids while they are playing sport, and this also transcends to grandparents and other family members who love to come along and watch the game, particularly if it is a final.

“Having the opportunity to volunteer for a sporting club can also equip you with skills that you would not normally have, and these can often be applied to other life situations, not just sport. It’s a great learning experience.”

“Having a number of sports together under one roof will be a great opportunity to form a sense of ‘sports’ industry.

“There will be so many opportunities to learn and grow from each other, and to build a strong sport network. This is particularly relevant during our strange COVID times where our environment is constantly changing.

“It’s also an exciting time as new projects are rolled out, including the ActiveXchange data project and the Social Return on Investment.

“We also have an expanded team which will give us the opportunity to look at better ways to provide our Members with services and support.”

She said she was also looking forward to assisting sporting associations and clubs in the areas of administration and governance.

“These are often undertaken by volunteers, so it will be great to develop new resources and templates for clubs to tap into,” Fran said.

“I would also like to think that as a Member organisation, we can continue to look at ways to improve Member services to both associations and sporting clubs.” 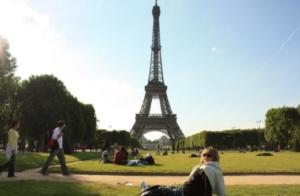